Above versus below: Object covered by other object

The configuration options for a check based on the "Object covered by other object" property can be seen below.

In the screenshot shown below, it can be seen how the red square completely under a green circle is detected. 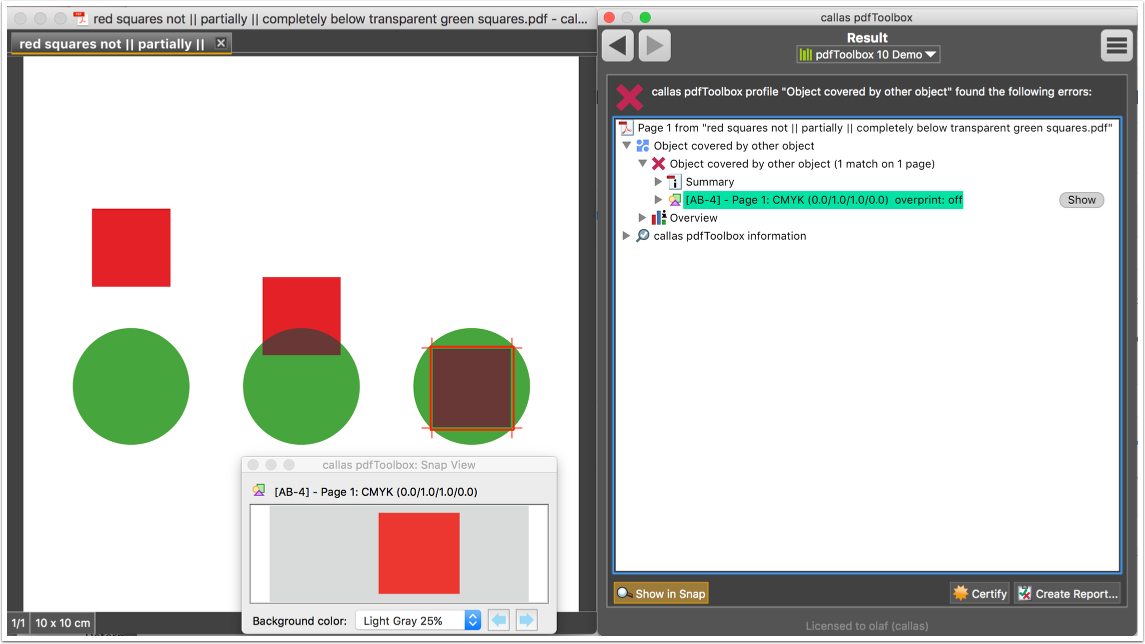 In the screenshot shown below, the red square completely under a green circle is detected, despite being invisible due to the green circle above it being opaque and thus hiding it. 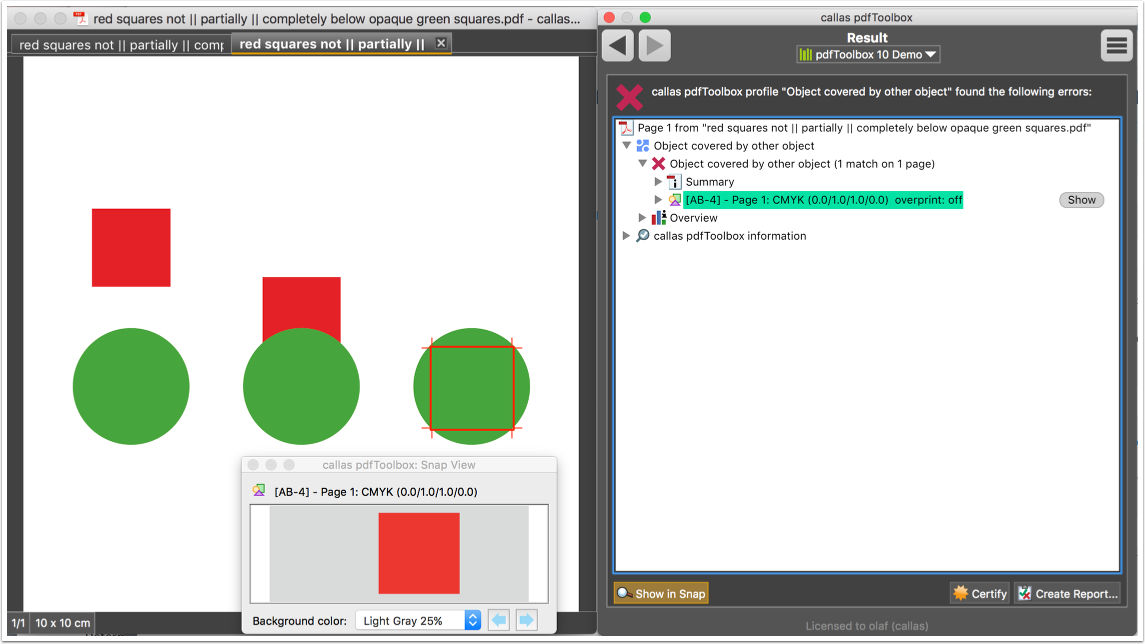