Use DPart metadata in a Process Plan via QuickCheck

You can extract DPart metadata from a PDF file into a JSON structure via QuickCheck, e.g. as the first step in a Process Plan and then use this structure in the following steps.

The attached Process Plan demonstrates how to do that.

It is very specific to the DPart structure and can only be used with one of the "Cerebellum ..." sample files from the "Cal Poly Graphic Communications PDF/VT Test File Suite" that is available from the PDF Association:
https://www.pdfa.org/resource/cal-poly-pdfvt-test-suite/

When you open the PDF in pdfToolbox you may first analyze the DPart structure (as described in Display DPart metadata). 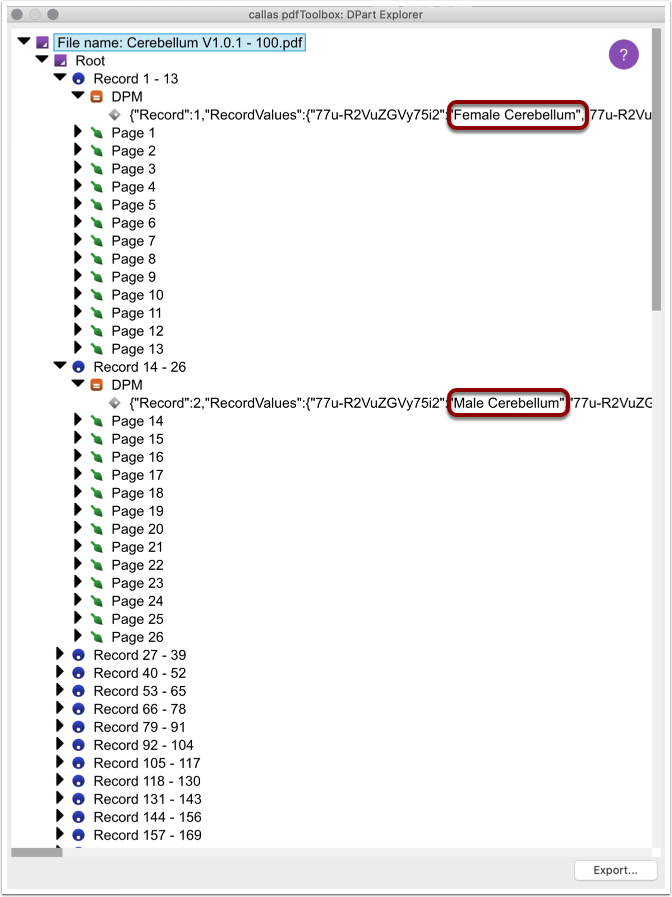 In this example we use this metadata to decide what to do and in this example that is to remove all pages that are associated with "Male Cerebellum".

When you apply the Process Plan above to one of the "Cerebellum ..." files it will reduce the number of pages and after that operation many of the records will not have any page associations anymore, since the pages have been removed. 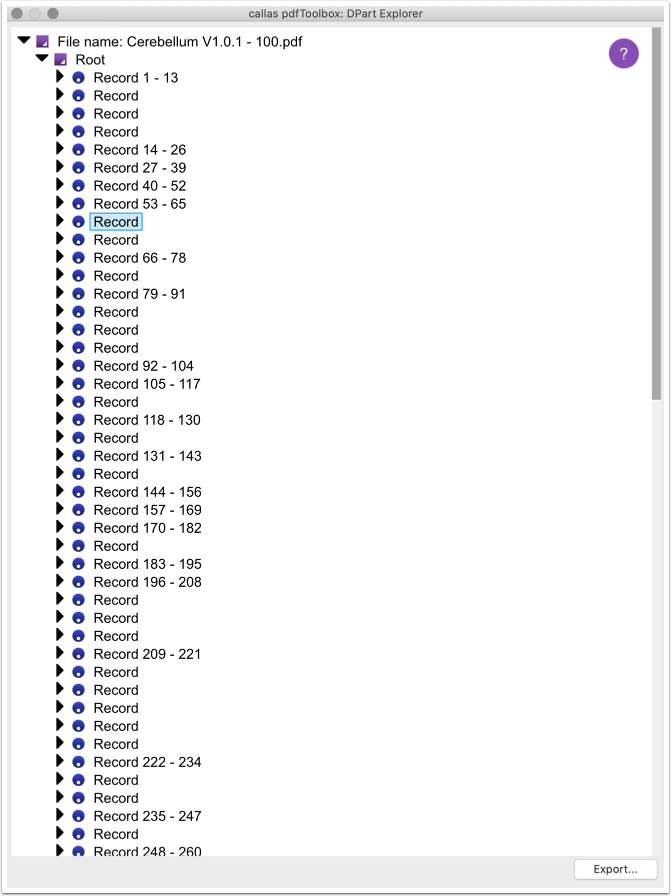 You can immediately identify records with pages and without pages since the DPart viewer displays page numbers after each record. If you open those entries and look into the DPM entries you will see that only Female Cerebellums are left.