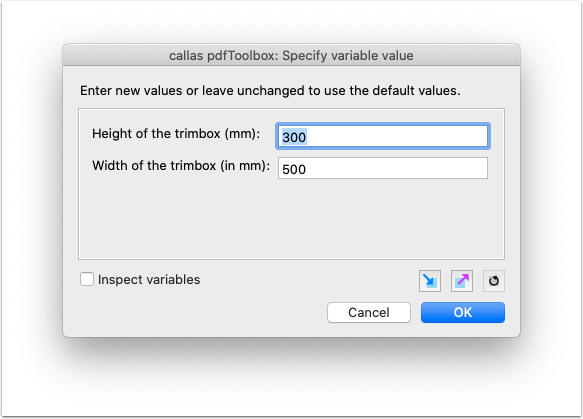 While most of the dialog window was fixed, the inner section always grew to display a list of all variables that are used. The user could now modify the values for all variables (initially shown are the default values for each variable) and then click "OK" to run the check, fixup...

The ask-at-runtime dialog came with a number of serious restrictions:

As of pdfToolbox 11, pdfToolbox Desktop switched to a different ask-at-runtime dialog window as shown below. 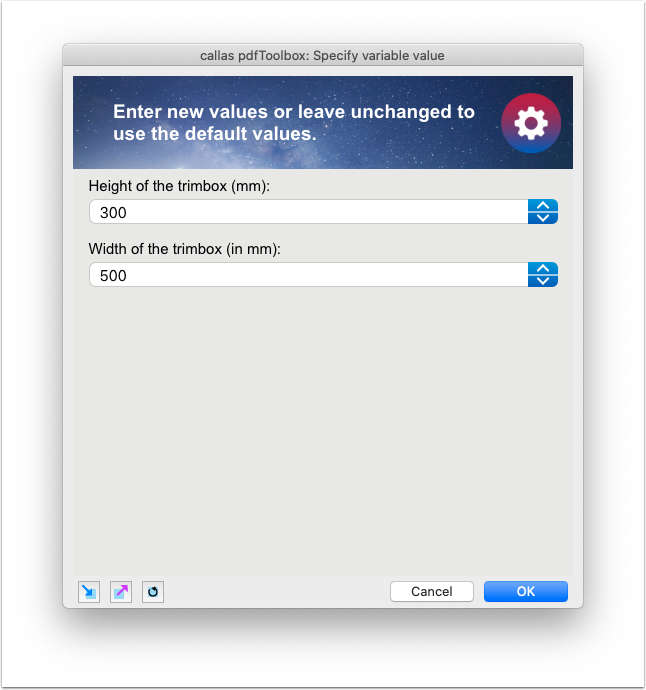 While the overall functionality of the dialog window is the same, it uses an HTML template. This makes it so that the default window looks much better than it did in pdfToolbox 10, but it also allows modifications much more easily.