An object can be invisible because of the following reasons:

The configuration options for a check based on the "Object is invisible" property can be seen below.

The "Filter" option defines the set of objects for which it shall be determined whether they are invisible.

The example below makes use of the check Object is invisible.kfpx and the PDF file six red rectangles, partially or completely clipped or obliterated.pdf which are available for download:

In the screenshot shown below, it can be seen how two red squares are detected as being invisible.

Note: In the sample file, first six red squares are painted, followed by one green circle. The blue dashed lines indicate where clipping is in effect. 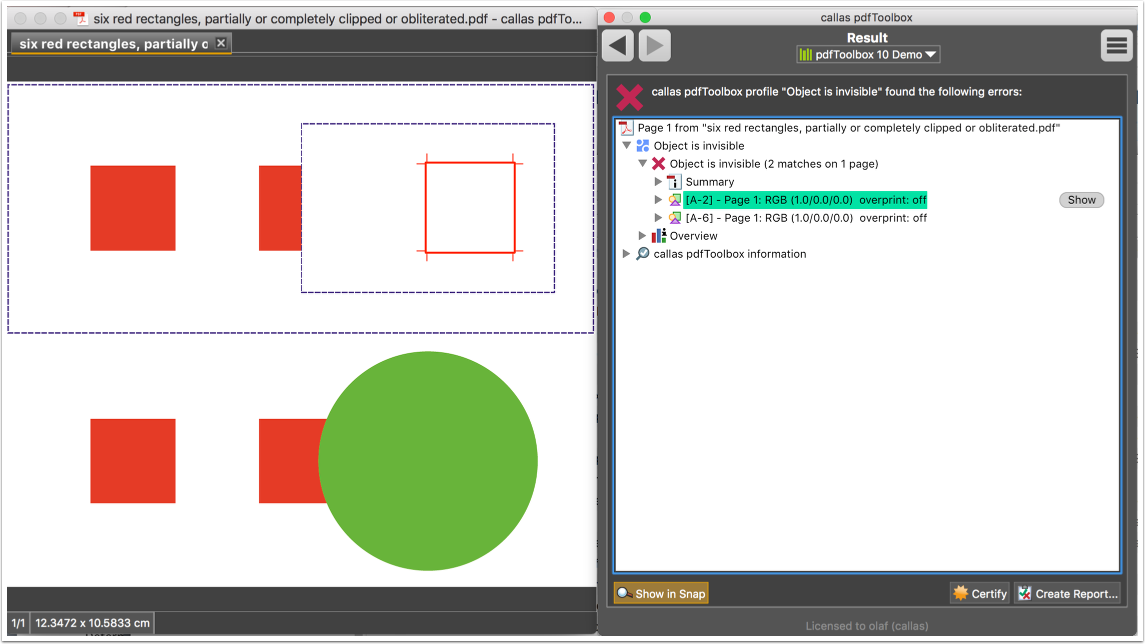 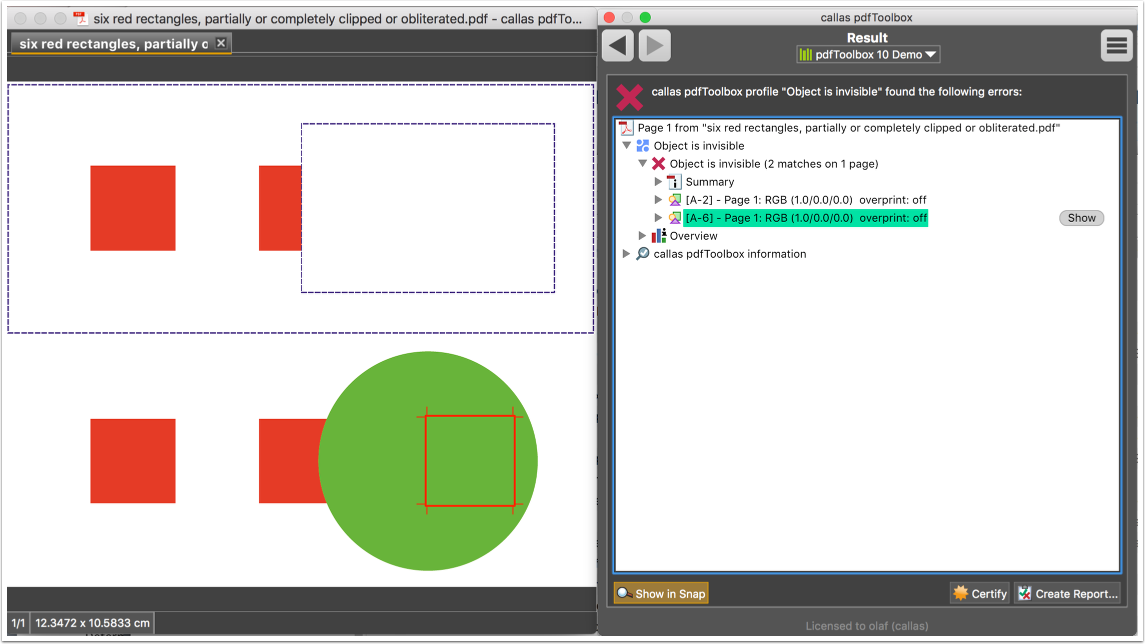