Inside versus outside: Object outside other object

The property "Object outside other object" detects whether an object is outside the area covered by some other object above it. In this context it is irrelevant, which object is on top and which is below, and also whether one or the other object or both are opaque or transparent.

The configuration options for a check based on the "Object outside other object" property can be seen below.

In this context, it is very important to understand the meaning of area covered by an object: the area covered by an object is the area where the object draws something. For a circle filed with green color, that area is a circle (including everything inside the border of that circle). For a circle shaped line drawn in green, the area of that circular line object is just the area where the line is drawn: a thin green stripe going around in a circular fashion, but not the area inside that circular line.

The example below makes use of the check 'red spot' object outside 'spot green' objects.kfpx and the PDF file six 'spot red' squares below and six 'spot green' circles on top.pdf which are available for download:

In the screenshot shown below, it can be seen how three red squares are detected as being completely outside the area taken by the green squares. 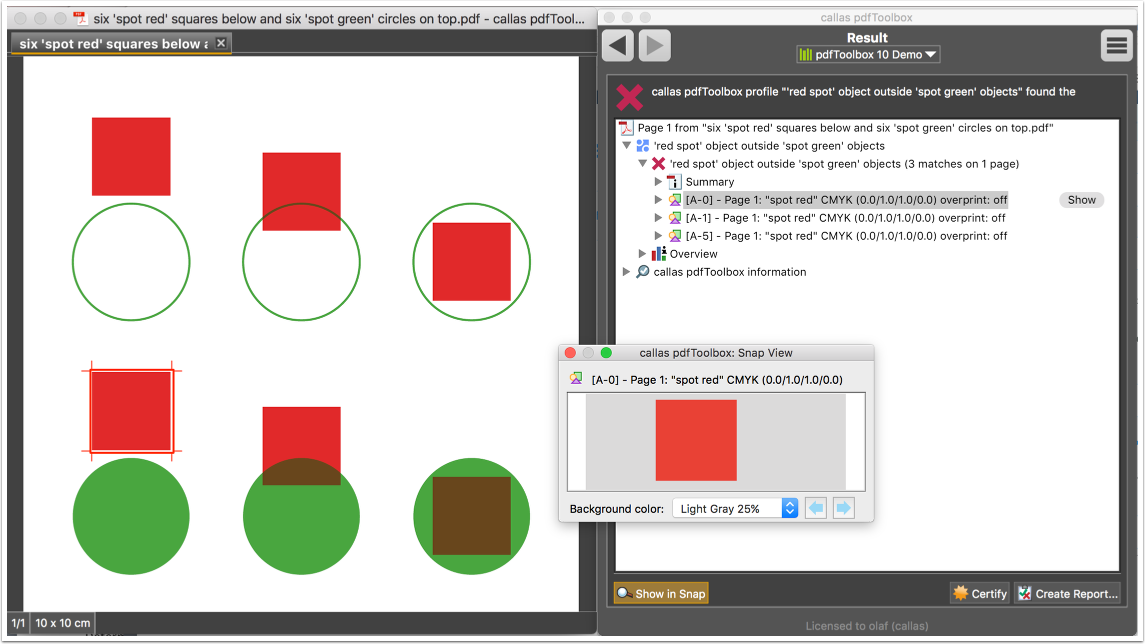 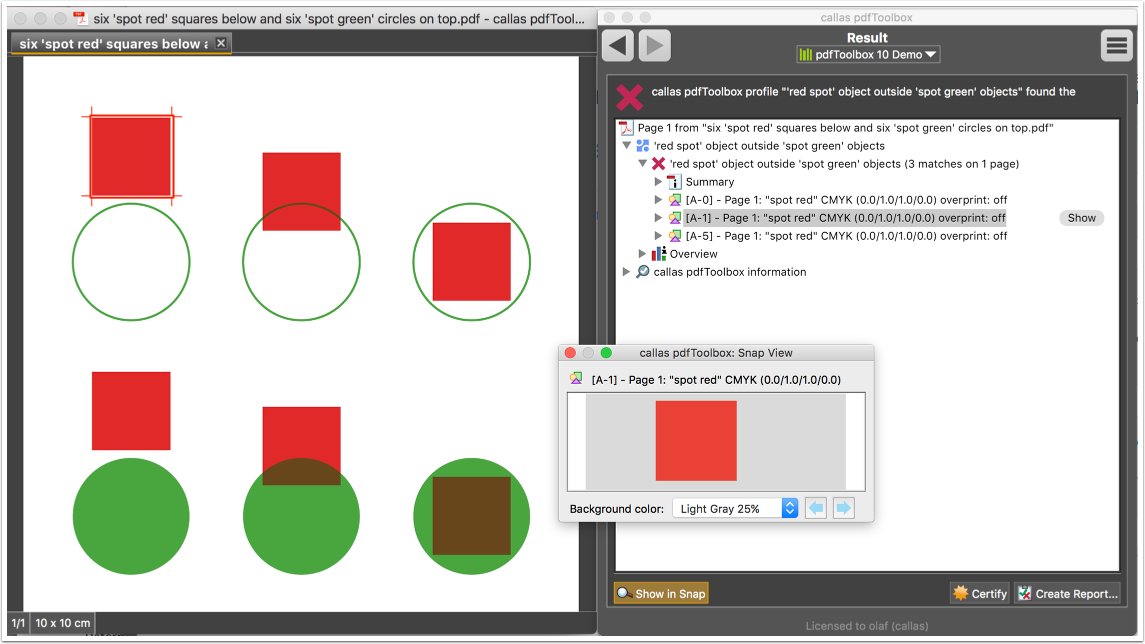 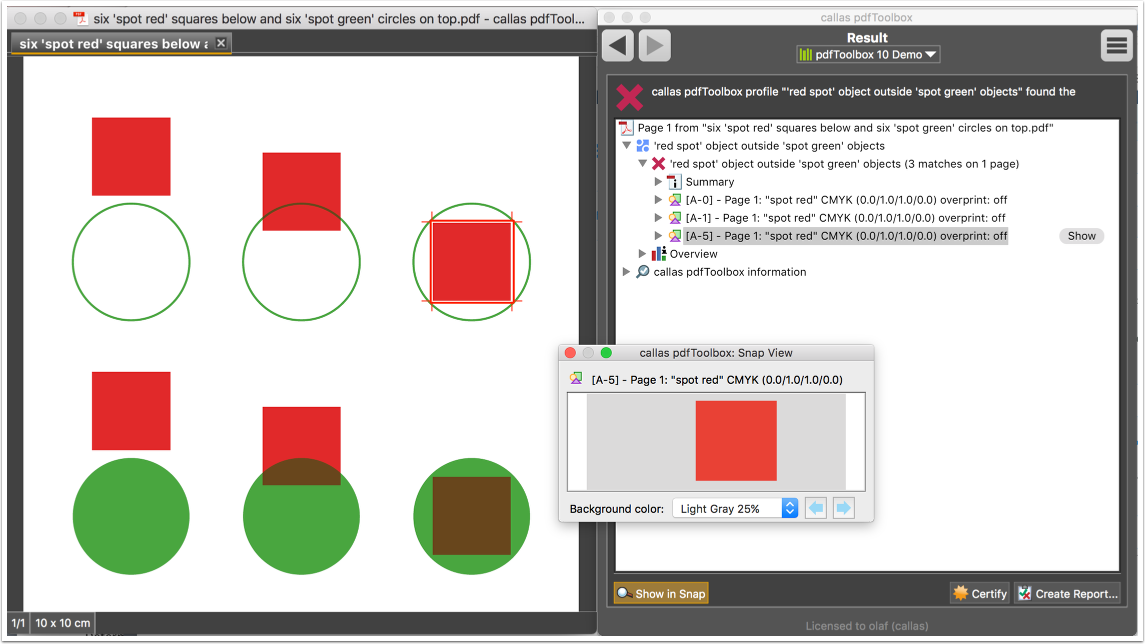